Contributing to Community Development: Five Parties, Consisting of Municipalities, Producers and the Seikatsu Club, Proclaim the Establishment of a New Fund 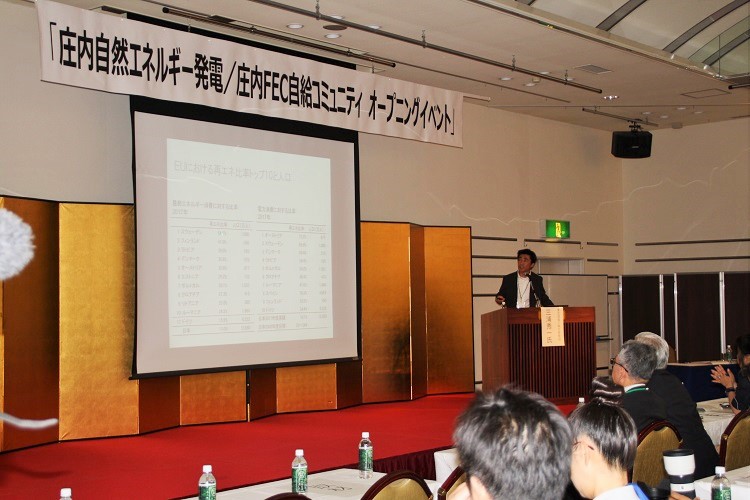 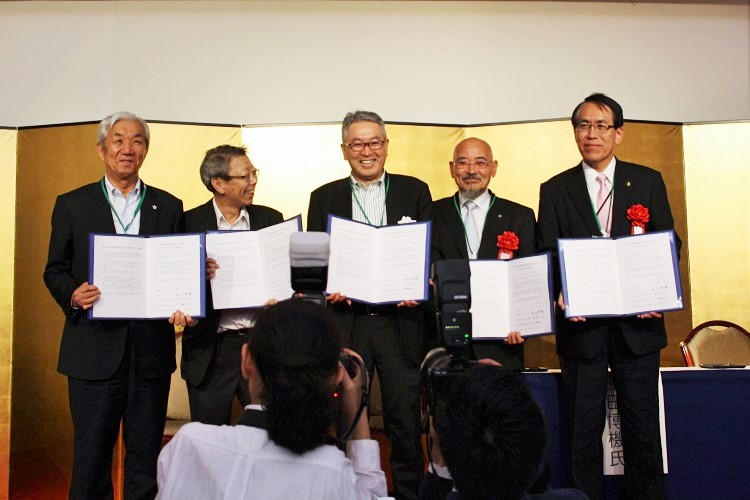 Seikatsu Club’s links with the Shonai region go back 50 years. Built on the foundation of the relationship between food producers and consumers, these links have expanded to the municipalities in the region and have reached a stage where the parties involved are now striving toward sustainable community development that includes not only food but other sectors that are fundamental for people’s lives, such as energy and welfare. In 2019, the Shonai-Yuza Solar Power Plant began operation as a base for energy self-sufficiency in the region. This is what led to the study visit and forum held at the end of May.

On the day, under cloudless skies, the solar panels covering roughly 31 hectares of land displayed a beautiful scene as they took in the sun’s rays, sparkling in the sunlight like the surface of a lake constructed in the foothills of Mt. Chokai. 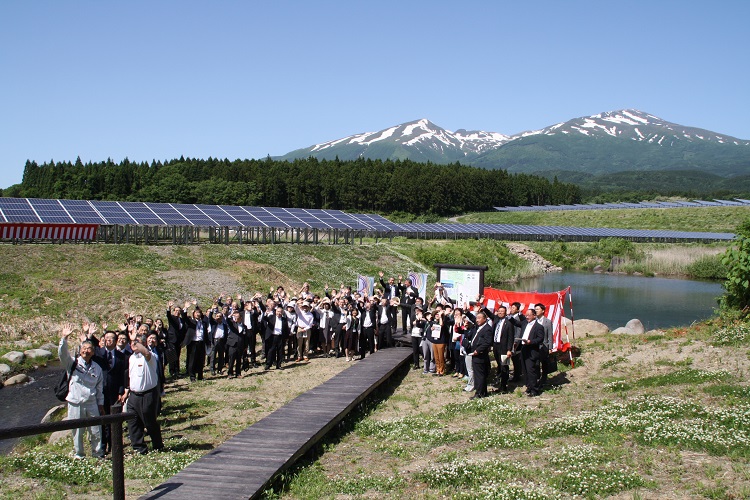 After the study visit, a forum was held on the theme of “The Shonai FEC Self-sufficient Community Initiative.” The keynote speech was given by Professor Shuichi Miura of the Department of Architectural/Environmental Design, School of Design, Tohoku University of Art and Design. This was followed by a panel discussion with panelists from related organizations such as Shonai Midori Agricultural Co-operative and Sakata City Regional Construction Department. The panel discussed the realization of the cycle of Food (F), Energy (E) and Care (C: welfare and mutual aid) and the social implications of this movement.

Furthermore, a joint proclamation on the establishment of a “Shonai-Yuza Solar Power Fund” was issued and a ceremony to sign the agreement held with the participation of Mayor Itaru Maruyama of Sakata City, Mayor Hiroki Tokita of Yuza Town along with leaders of the power generation, producer and consumer organizations. The fund is being established with the goal of returning the profits gained from the solar power business to the Shonai region for use as support for new businesses, thus creating a circular economic system. The signing of this agreement signifies the taking of a new step forward toward sustainable community development in the Shonai region.

* The Shonai FEC Self-sufficient Network Initiative
An initiative aimed at local community stimulation, the creation of employment and the construction of a sustainable society through endeavoring, as far as possible, to attain self-sufficiency in Food (F), Energy (E) and Care (C: welfare and mutual aid) in the Shonai region
Overview of the Shonai-Yuza Solar Power Plant
The power plant consists of 67,000 solar panels installed on 31 hectares of land, generating around 18,000 MWh of power annually. Converted to the electricity consumption of the average household, this is sufficient to provide electricity to roughly 5,700 households. The solar power plant also makes it possible to reduce CO2 emissions by 9,200 tons/year.