Interviews with our new Chairperson Vol. 2

[Interviews with our new Chairperson] How can we engage in community-building in an era where direct contact between people is difficult?

How can we build communities and relations of mutual aid in this environment where it is hard for people to be in direct contact with one another due to the coronavirus crisis? What can the Seikatsu Club movement do? Continuing on from the discussion of the collective purchase movement in part one of the interview, we asked Ms. Yuriko Ito, who was newly inaugurated as Chairperson of the Seikatsu Club Consumers’ Co-operative Union at the 31st Annual General Meeting, about the current state and the future of Seikatsu Club.

Neoliberalism has reached an impasse 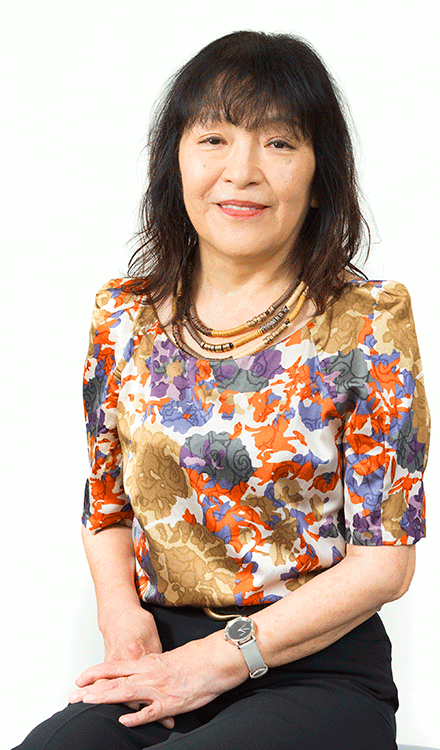 This current lifestyle, where we cannot go out or meet other people, is causing people’s stress levels to rise. However, was our “former lifestyle” really one in which society was calm and peaceful?

Although the state of emergency was lifted at the end of May, the “Go To Travel” campaign fell into confusion at the end of July. From April to June, the prevention of the spread of infection of the novel coronavirus (COVID-19) was the government’s top priority policy, but as soon as the policy was switched back to prioritizing economic activity, the number of infected people grew again. The government and administration were unable to explain to industry and the people of the country what the central core of our actions should be, and the confusion is continuing to this day.
As of mid-July, the number of company bankruptcies related to the novel coronavirus exceeded 10% of all companies. Of these, 12% are food-related companies in wholesaling and manufacture. The tourist industry, the restaurant industry, and service-related businesses have been hit very hard, and the number of dismissals and people laid off due to the coronavirus crisis in the same period exceeded 30,000 people. At the end of April, it was reported that more than 20% of students were considering dropping out of university. It is forecast that before the end of the year, more than 50,000 businesses nationwide will be forced into suspension, closure or dissolution, resulting in well over 100,000 people becoming unemployed, a situation worse than even the Lehman Shock.

While some companies may be improving their performance in the short term, looking to the long term, as we already know from the Lehman Shock, we should definitely realize that everyone will eventually be feeling impacts in the midst of the current economic situation. Suicides due to economic hardship are also a major concern. There may be people whose future will turn out to be far different from what they had imagined. If hardship spreads through society like toppling dominos, and there are impacts on the next generation and the generation after that, what is being required of us now is to think not only about short-term financial policies, but what kind of society we are going to build in the future.

It is necessary for citizens to participate more in society and politics.

In this situation, where the statements of leaders in many countries are widely varied, what is impressive is that women leaders have been successful in bringing together the feelings of their people. It’s not simply a question of gender. What is important, I think, is that in society it is mainly women who bear the burdens related to life itself, such as looking after children and the elderly. In Seikatsu Club, a great many women leaders have carried on the work of the movement and the businesses, but the nerve centers of Japan’s companies and administration are still very much male-oriented. I believe that it is crucial that many more women get involved with this nerve center in the economy and politics.

Rather than being a problem of regulations and redistribution, what has already happened is that neoliberalism, with its insistence on market competition, has reached an impasse. The logic of self-responsibility has fallen flat on its face with the coronavirus. The term “essential work” has been highlighted during the coronavirus crisis. These are the jobs that support the lifelines, such as food production and distribution, medical care and welfare, and so on. People-to-people relations with a real sense of support for life have come to be regarded as social resources, and the important keywords will be how to build fully participatory communities where mutual assistance functions naturally, such as in care for children and the elderly, and with housework.

Connections between people are the foundation

――The Internet is helping to spread relatedness recently.

I have been able to get a real sense of the potential for the use of the Internet. At present, Seikatsu Clubs nationwide are pushing forward with a participatory event called “Sustainable Fest,” which is trying to discover hints for a sustainable lifestyle. Originally, we planned to have a variety of local exchanges, but since that was not possible, the event has gone ahead with individual co-operative members all simultaneously putting out a broad call for “online participation.”

The Seikatsu Club Consumers’ Co-operative Union has also forged ahead quickly with the construction of its Internet communications environment, and many meetings have come to be held online since March. Some people who faced difficulties in participating in the past are now able to do so, and there has been an increase in participation in various meetings and events across the board.

We are also moving forward with preparation for online producers’ exchange meetings together with the “Seikatsu Club Shinseikai,” organized by our partner producers. I am very hopeful that members who have restrictions such as distance, family situations, work, and so on, will be able to participate in various ways with events and committee activities.

――What are the challenges we face?

Well, certainly the Internet can easily overcome differences in lifestyle, physical distance, and generations, and has possibilities for connecting people together, but it also has limitations. Problems such as typhoons, earthquakes and cyberattacks can cause the Internet to shut down, and despite having connected up in a friendly way with people online, it is also possible that, thinking about it, you could end up wondering who the people were. If you are worried about someone you know in your neighborhood, you can go and see how they are, but if someone in the online community suddenly stops participating, there’s nothing you can do unless the person comes online again.

The top leaders in the government and administration are repeatedly calling for people to “stay home,” but how far were we able to imagine that there are people, regardless of age, who are not happy about being in their houses, or who have no option but to aimlessly walk the streets at night? In the advanced industrial countries, including Japan, economic and relational disparities have widened, and social divisions have given rise to a large number of problems due to extreme neoliberalism. Having had these experiences, I think we need to take this as an opportunity to build another kind of relation that enables an awareness of issues that are not easily visible to the eye and that overcome relations between the same kind of people. I would like to take this chance to clarify our master/slave relationship with IT so that we are not ruled by the Internet due to overdependence, but make use of the Internet to broaden our abundant relations with people.

Each one of us should be independently-minded

――How can we overcome social divisions?

By each one of us acting with an independent mind rather than “letting someone else do it.” The UN has put forward the Sustainable Development Goals (SDGs) with the aim of achieving them by 2030, and the Japanese government and companies have shown a willingness to get to grips with these goals to build a “society where no one is left behind.”

Seikatsu Club Consumers’ Co-operative Union also approved our “First Seikatsu Club 2030 Action Declaration” at the 31st Annual General Meeting. The 7th action goal, “peace and coexistence,” has the meaning of the “renunciation of war,” as war destroys everyone’s daily life. I believe that the circulation of food, energy and care, as far as possible within a familiar local area, and the collective purchase movement that raises domestic self-sufficiency is precisely a movement for peace.

Our 8th goal, “With the basic stance of information disclosure and autonomous management, we will implement our ideal of deciding and acting on our own initiative,” is one that is not part of the SDGs. It is an ideal that our Seikatsu Club members have worked for more than 50 years, long before the SDGs were adopted.

It is a fact that local communities have been weakened. To revive the soil, all we can do is to keep on cultivating it and continue to sow seeds. Seikatsu Club, as an organization involved with food, has the strength of being connected with people’s daily lives. I think it is vital that we build connections and cooperate with other consumers’ co-operatives, including co-operative societies, NGOs, and so on, in local areas, because it is in the communities where people are born, are brought up, connect together and grow old.
Photos: Kayo Nagano
Interview by: Tomoko Motoki