Thus far, our members have visited the United States each year to inspect the process of the non-GM corn being harvested from the field and exported to Japan as a crop, but in 2020 these meetings have been held online. 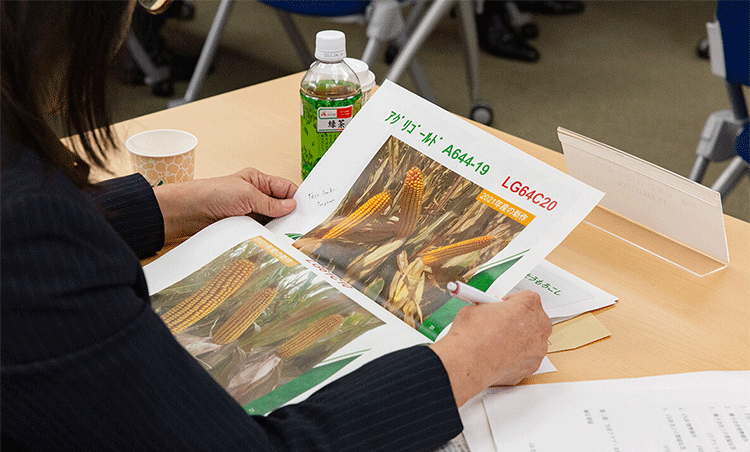 While we have secured non-GM corn up until the 2026 production year, direct dialogues with the seed companies and grain handling companies are an absolute necessity.

Based on the “Seikatsu Club’s 10 Principles for Consumer Materials,” we are opposed to the “genetic modification of food.” This holds not only for raw materials; as we also take the non-use of GM content in items such as feed to be fundamental, we designate American non-GM when we procure the corn that will become the feed for our livestock products.

Despite this, the planted areas of non-GM corn in the total cultivated area of corn in the US, one of the largest producers of corn in the world, are very small. To continue to procure stable supplies of this corn in the future, Seikatsu Club has concluded a long-term seed supply agreement with American seed companies, a grain handling company, and JA Zen-Noh (Japan’s National Federation of Agricultural Cooperative Associations). At present, we have secured non-GM corn seed for livestock use up until the 2026 production year.

We held our first online exchange meetings in 2020. This photo shows a scene of the second meeting, on October 9th.

This time we were able to hold exchanges with three companies, including two seed companies and a grain handling company.

* A technology for artificially modifying genes. Genome editing makes it possible to produce improved varieties in a shorter time and at a lower cost than conventional gene modification technology, but while this rapid technological development is spreading, there are concerns over traceability and the ability to secure safety. 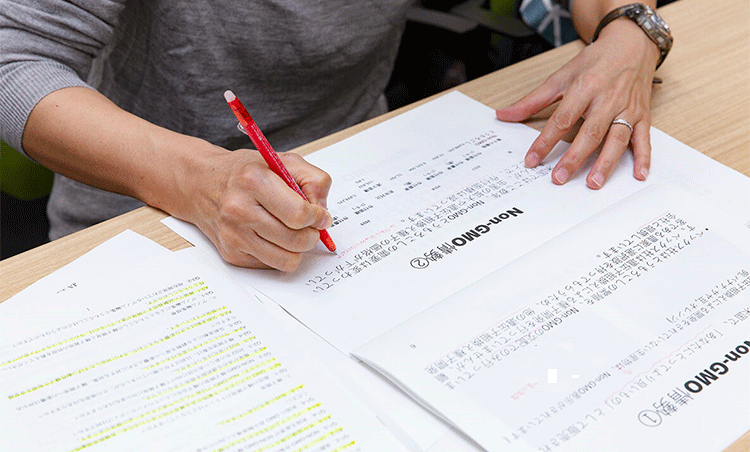 Careful written and oral explanations were provided by the seed companies and the grain handling company to the questions prepared beforehand by members.

Firstly, regarding “the situation with non-GM corn in the US,” all the companies forecast “a continuing small increase in demand.” At the same time, with regard to supply, we were given the view that, “While the number of farmers is not increasing, we are seeing an increase in planted areas. The background is that since the price is falling due to a relaxation in demand for corn, producer areas for the cultivation of non-GM corn, for which a premium is paid, are increasing.”

With regard to “genome-edited crops,” at present no genome-edited crops have been marketed in the US and thus we are now at the stage of observing the response of different countries toward commercialization. It was also reported that there are concerns that when genome-edited crops are marketed, they will be handled as non-GMOs. At the same time, it was also indicated that although the fact that the time needed for seed breeding can be shortened by the use of genome-editing technology is a favorable aspect for seed companies, since the wishes of consumers is also crucial, the seed companies want to produce seeds for the kinds of crops that are demanded by consumers.

Moreover, from a more global perspective, views were exchanged with seed companies regarding “the grain situation in China.” Until now, China has promoted a policy of the domestic securing of corn, but in 2020 has implemented the import of 10 million tons of corn from the US. Concerning this very sudden and large-volume purchase, almost equivalent to the 12 million tons of livestock feed corn imported annually by Japan, since there is the possibility that corn may become harder to obtain due to a strengthening of demand, the necessity for close observation of the market was noted.

Ms. Yuriko Ito of the Seikatsu Club Consumers’ Co-operative Union asking the grain handling company representative about plant-derived artificial meat. Even though taking place on computer screens, and while giving extra attention to the speaker’s expression and tone of voice, lively discussions were enjoyed from start to finish during the online exchanges, with questions and answers bouncing back and forth as long as time permitted.


During the Q&A sessions, we also heard a report on plant-derived artificial meat, which uses GM soy as the main raw material.

In recent years, this artificial meat is attracting interest, mainly from the younger generation in America, due to heightened concerns over food safety and sustainable food.

These exchange meetings performed a vital role in enabling us to know more about consumer awareness on social trends and “food” in the major feed-producing country, the US.

The Will of Consumers Influences the Will of Producers

One of the seed companies that is participating in the seed supply agreement made the comment that, “Last year, we welcomed the visit of consumers and were able to understand their wishes. It is of great value for seed companies to have indications of future demand, and we are very grateful to you for that. We hope to be able to work with you for a long time in the future.” 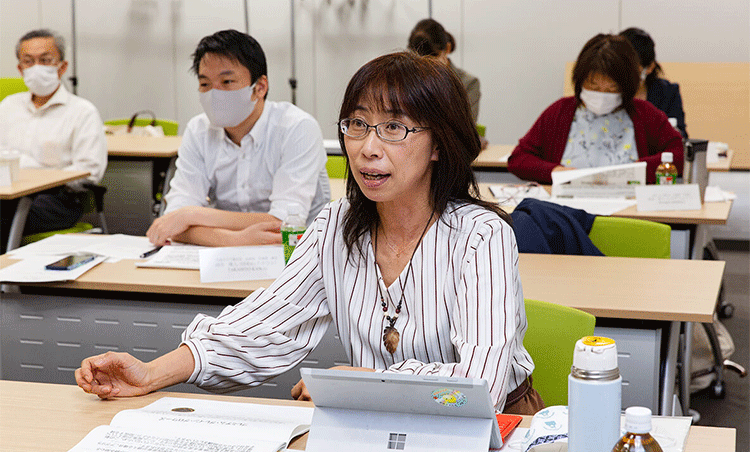 Ms. Miyuki Kinoshita (Seikatsu Club Saitama), who visited the US in September 2016 and participated in exchanges of views with producers, gave the following impressions of the exchange meetings this time.
“We reconfirmed that seed companies are always looking towards producers and that distribution companies are always looking towards consumer trends. I had a very strong feeling that we, the end users, can have a strong impact on what happens at production and distribution sites by communicating our choices, and that conveying our wishes in direct face-to-face meetings with seed companies, as we, the consumers, have done this time, is a very significant action.

In these exchange meetings, we were able to confirm once again that direct communication of consumers’ wishes to producers is indispensable for securing a stable supply of non-GM corn.

The Seikatsu Club, together our partners, JA Zen-Noh, the US seed companies and the grain handling company, will support the production of non-GM corn by pledging to continue to consume the corn as feed for livestock production in the future.