We Held a Report Meeting on (FY 2020) Thyroid Gland Examination Activities for Children.

Through the Disaster Recovery Support Fund, based on donations from our members, Seikatsu Club is continuing support activities for people affected by the Great East Japan Earthquake and the Fukushima Daiichi Nuclear Power Station accident. As one of these activities, we have been conducting our own thyroid gland examinations every year since FY2012.

A report meeting was held on December 4, 2021 to share the activities in FY2020 with our members. Due to the impacts of the spread of the novel coronavirus infection, the event was held online, as in the previous year, with about 100 people including Seikatsu Club members participating.

The Unique Thyroid Examination Activities Carried out by Seikatsu Club

There has been concern about the incidence of thyroid cancer since radioactive materials were dispersed by the Fukushima Daiichi Nuclear Power Station accident. It is said that the younger you are, the higher the risk of developing thyroid cancer, but medical science still has much to learn about the cancer.

Seikatsu Club conducts thyroid gland examinations not only for children who were in Fukushima Prefecture at the time of the nuclear accident but also for children in other areas. The Fukushima prefectural government has expressed the view that “We do not recognize the existence of a link between thyroid cancer and radiation exposure from the nuclear accident,” but Seikatsu Club is continuing its efforts as “activities that protect the right to know of children in Fukushima.” By comparing Fukushima Prefecture with other regions and by investigating actual conditions in various parts of Japan, we are working to realize early detection of thyroid cancer as well as conducting activities that will lead to the elimination of nuclear power.

Since FY2019, examination activities have not progressed as planned due to the coronavirus, and some people have said they would like to “put off seeing a doctor at a hospital.” However, in fiscal 2020, thyroid gland examinations were conducted at 16 regional Seikatsu Clubs in order to respond as much as possible to requests from those who wanted to continue the tests. 359 children underwent examinations at the 49 medical institutions that cooperated with the activities.

The report meeting began with a speech by Ms. Kazumi Masuda, director of Seikatsu Club Consumers’ Co-operative Union, who reported on inspection activities in FY2020. Following the report, a talk was given by Dr. Michiyuki Matsuzaki, Director of the Asahikawa Kita Clinic of the North Hokkaido Workers Medical Association, who supervises the Seikatsu Club thyroid gland examinations.

At present, the thinking about thyroid gland examinations in Fukushima Prefecture and the national government is that “Very few people are at risk of dying from thyroid cancer, and screening is essentially unnecessary. There is greater demerit from overscreening.” Dr. Matsuzaki questions this idea and stresses that “Spontaneous differentiated thyroid cancer, though it may not be fatal, has a high recurrence rate. A growing body of research suggests that early diagnosis and treatment are needed to reduce recurrence rates.”

As specific examples, data from Japan and overseas that tracked children with spontaneous thyroid cancer were presented. A follow-up survey at Noguchi Hospital in Oita Prefecture studied patients younger than 20 with spontaneous childhood thyroid cancer for about 20 years, finding that patients who were younger than 16 at the time of diagnosis had a higher recurrence rate. Similar data have been obtained from long-term follow-up surveys in China and the United States. For people with a high recurrence rate, they cited factors such as being male, and, at the time of diagnosis, being young, and having a large tumor.
Given these data, Dr. Matsuzaki pointed out that, “Even the recurrence rate of naturally occurring thyroid cancer becomes higher as the number of years after detection increases. Furthermore, if you are exposed to radiation, there is the fear that the cancer may progress faster than in natural occurrence.” Dr. Matsuzaki called upon people who are concerned about radiation exposure due to the Fukushima Daiichi Nuclear Power Station accident to continue receiving medical examinations. 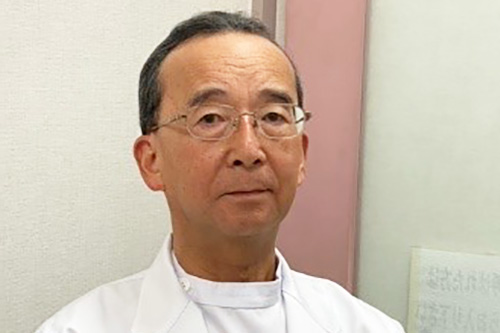 Next, a talk was given by Kenichi Ido, one of the lawyers in the legal team for the Children’s Exposure-free Trial. This consists of a lawsuit brought against the local governments by elementary and junior high school students and their parents who live in or have evacuated outside Fukushima Prefecture as a “Trial to protect children’s lives and demand their right not to be exposed to radiation.”

Mr. Ido first explained how the health risks of radiation exposure, which have been revealed through trials, have been viewed from a legal perspective. He also talked about the risk of insoluble radioactive particles containing radioactive cesium that have been discovered in Japan since 2011.

“Conventionally, radioactive cesium was thought to enter the body as a water-soluble compound, dissolve in body fluids, and then be excreted out of the body naturally. However, these insoluble radioactive particles containing radioactive cesium may possibly remain in the body for a long time once they are attached to tissues inside the body. Internal exposure from the radiation emitted by radioactive materials taken into the body can damage the DNA of cells surrounding the location they have become attached to for several decades.”

In addition, radioactive cesium has the characteristic of high adsorption in soil. Of the radioactive cesium in the soil of Fukushima Prefecture, more than 90% is in the form of insoluble radioactive particles, and there is concern that these could be taken in by children when they breathe air in which the particles are floating due to being stirred up by the wind and other factors.

The risks of internal exposure from insoluble radioactive particulates remain largely unknown, and no investigation has been conducted into their health hazards.
Mr. Ido said, “The thinking adopted by the International Commission on Radiological Protection (ICRP)* that radioactive materials should be avoided no matter how small the amount has not been fully applied In Japan. There are no rules about radioactive materials in school environment hygiene standards,” and urged the audience to think about doing whatever they can to keep their children safe.

*ICRP: An international organization that advises on the basic framework and standards for radiation protection. 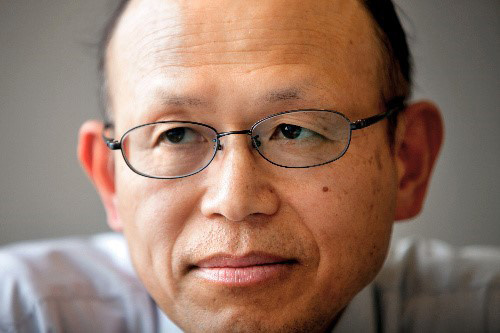 Lawyer Kenichi Ido, a member of the legal team in the Children’s Exposure-free Trial

Based on Mr. Ido’s comments, Ms. Terumi Kataoka, joint representative of the Children’s Exposure-free Trial Association, looked back on the activities of the plaintiffs and legal team in the trial thus far.

The trial began in August 2014, when children and parents who were living in or have continued to live in Fukushima Prefecture since the time of the nuclear accident filed a lawsuit with the Fukushima District Court as plaintiffs demanding that the government and Fukushima Prefecture take responsibility for not protecting their children from exposure to radiation and provide safe learning environments for children. The trial received support and signatures from many people both in Japan and abroad, but on March 1, 2021, the verdict that “The court does not recognize the existence of specific risks of exposure to radiation that adversely affect the maintenance of human health” was handed down and the case was defeated. On the 15th, the plaintiffs filed an appeal against the ruling, calling it “an unjust verdict that shuts off the future of the children.”

Up to now, the lawyers have supported the plaintiffs by paying the court costs, excepting miscellaneous costs such as transportation. When the case was defeated, most of the plaintiffs were in favor of giving up, saying, “We do not want to cause any more trouble for the lawyers.” However, it is said that they decided to go ahead with the appeal after the legal team protested that “We cannot allow this verdict to stand.”

The difficulties with this case are that the damage claimed is invisible “exposure,” and that the plaintiffs are people who still live in Fukushima Prefecture. It is difficult to complain about the damage using your real name in the place where you live, and it is painful for the plaintiffs to stand at the forefront of the trial.
While facing headwinds even in the disaster-stricken area, Ms. Kataoka said:

“Protecting children is the responsibility of and the minimum obligation placed on adults. As nuclear power plants around the country are restarted, if another accident occurs, the same thing as has happened in Fukushima Prefecture may be repeated again. The outcome of this trial is important not only for the children of Fukushima Prefecture, but also for the children of other regions.” 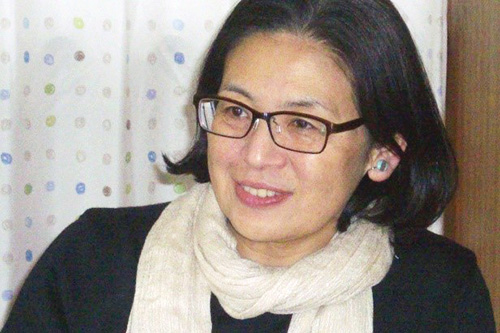 The situation regarding the activities of regional Seikatsu Clubs were reported in writing. At the end of the meeting, Seikatsu Club Consumers’ Co-operative Union Director Ms. Masuda closed the meeting by saying, “After listening to the talks, I realized anew that the thyroid examination activities of Seikatsu Club are important for accumulating data. I feel it is necessary to tell the story of the Children’s Exposure-free Trial, which is a model case, to a large number of people so that we adults can act responsibly for the safety of children if there should ever be a similar occurrence.”

Only 10 years have passed since the Fukushima Daiichi Nuclear Power Station accident. While it is difficult with the number of examinations that can be obtained through our activities to make a simple comparison with the survey conducted by Fukushima Prefecture, the data on continuing changes in thyroid observations revealed during the examination activities may serve as basic data indicating the natural course of the thyroid gland in children, and new problems may be revealed in the future. The Seikatsu Club will continue to work together with its members to conduct examination activities for the future of the children.
[Published on January 5, 2022]
Tweet